Details are essential to a good story. It builds the setting, moves the plot forward, and creates tension that makes readers sit at the edge of their seats. If you guys like show and tell, I’m sorry to say that this is show NOT tell.

Who: Showing not Telling

What: details that help move your story along

Where: throughout the novel

Why: to move your story along and make it less dull

How: Avoid simple sentences. “The dog was excited.” Why was it excited? What is its reactions? What are your reactions? Answer these questions and soon enough you’ll have an entire paragraph instead of one sentence. Plus, your paragraph probably seems a lot more enthusiastic and real than the simple sentence. Think of the different details you can add. Sometimes, you might need to break off from describing one thing by describing another. Add a “the wind whistled through the trees” somewhere in there. But be careful not to write too much detail or your reader will start getting bored of all the sentence too. 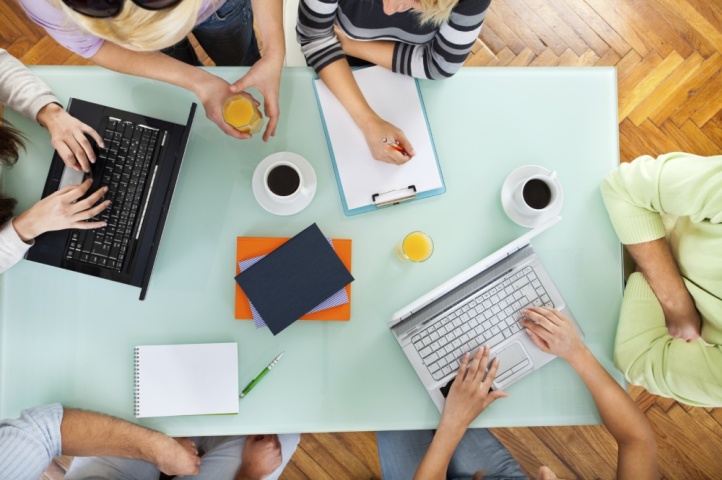 If you’re reading this right now, you’re already in one. Some people find this helpful, others prefer independence. However, writing groups can come in handy when you’re writing your story.

What: group of writers who give each other feedback on their works

Where: wherever you chose to meet

Why: so you can get advice from different readers

How: In simpler terms, all you have to do is get together a group of people who love writing and meet up somewhere. But this can often be tricky. The more people in your group, the harder it is to find the perfect time and place to meet up. However, the smaller your group, the less advice you’ll get from different critiques. Or, you don’t have to meet up at all. With the technology we have now, Google Docs lets you share your story with multiple people and allows you to see the edits they’ve made. You can talk to specific group members in person if you want to, or just chat online. Writing groups are very useful if you want to know what your friends think and what you can improve on. After all, the best writer is still a reader.

Activity: Get together a writing group and write! 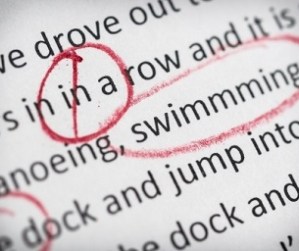 Every author’s gotta go back to revise their story. You can’t expect your novel to be the perfect bestseller on the first try. If it is, OMG TELL ME YOUR SECRET. MUST. HAVE. I know it’s a pain to go through all of that hard work only to go through it again. But trust me, this time it’ll be easier.

What: going back through your story and making changes if necessary

When: once you’re done writing your story

Where: beginning, middle, end, all of it

Why: to check for any irrelevant details, grammar issues, spelling, etc.

How: Simple. Once you’re finished with your novel, go back and read it again. I find it best if you read your story like you would normally read the work of another author. That way, you’re looking through the reader’s eyes and will know what the reader wants and what the reader finds annoying or repetitive. Feel the reader, be the reader, the reader is within you. Look for anything you can change, like boring long paragraphs, grammar that doesn’t make sense, big vocabulary that no one understands, details that are confusing, or too much repetition of the same thing over and over again, whether it be a certain scene or a certain action. Remember, always keep your reader hooked because once they put your book down, there’s no guarantee they’ll pick it up again.

Activity: Write different versions of you story. You can alter the beginning, middle, end, or all of it. Be careful not to change the main plot of your story.

I know I’ve talked about this somewhere in my earlier tips. We can never get rid of writer’s block. It just something that comes with. Every writer is afraid of it and often, writers succumb to it. It’s dangerous, it’s discouraging, and it’s a writer’s worst enemy.

What: a time when writers run out of ideas or are stuck on one part of a story

When: you lose the essential “sense of direction”

Where: anywhere in the story, often between the beginning and the middle.

Why: to discourage writers from finishing their future novels

How: How do you overcome it? I actually don’t know. I’ve tried a bunch of different methods. Sometimes, when I meet writer’s block, I stop writing for a few days and then come back to the story. I would’ve collected ideas by then. Other times, I set the story aside and forget about it. That’s the option I fear the most, not being able to finish something I started. Often, it’s because I’ve thought of a new, maybe “better” story to write about and the old one just loses its interest. So how do you keep writing? It depends on what kind of writer you are. If you want to take a break, then take a break, but please please please don’t forget about your story. If you want to continue, then you can try asking yourself multiple questions. What is the character thinking? What are the other characters thinking? Is now the time for the archnemesis to appear? Try your best to keep writing. Just know that you’re not the only one who’s battling writer’s block.

Activity: Jot down a list of every little idea that comes to mind. When you think you’ve got enough, incorporate them into your story. Also, before writing a chapter, take note of which direction the chapter will take your characters and KEEP IT IN MIND. Do not lose track or you will get lost. 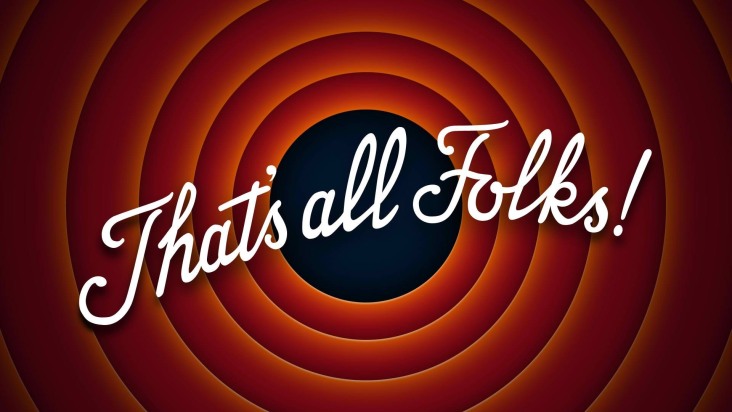 Well, we’ve talked a lot about beginnings. Now let’s explore the endings. Endings are just as important as beginnings, if not more crucial. For a series, the ending of one book determines whether or not the reader will read the next one.

What: how the story finishes

Where: at the end

When: at the end to sum up the story or leave a cliffhanger

Why: to give your story an end and for the reader to want to read more

How: All the rising actions, falling actions, and the climax are somehow connected to the ending. They’re actually what make the ending the end. Everything that happened in the story builds up to that one moment, then settles into the finish line. For a story to have a good ending, it must have good events. Give a nice twist, but not too much that you leave the reader complaining. Remember, your characters change along with the story, so by the time readers are at the end, the characters shouldn’t be the same as the ones at the beginning. The ending is also a time for resolutions and for some problems to be solved- in a series, not all the truths are revealed and the characters (and readers) still have questions. That’s a cliffhanger.

Activity: Read the first chapter of a book. Then predict how it will end. Skip to the last chapter and read it. Was your prediction correct? Did the characters seem to change? If you want to, write the events that lead to the ending without reading the book.

What: the perspective the story is being told

When: throughout the story

Where: depends on what POV you’re using

Why: to let the reader know who is telling the story

How: First person POV is a common point of view used in books like The Hunger Games by Suzanne Collins or Divergent by Veronica Roth. It uses pronouns like “I” and “me” and is told from the main character’s perspective. First person POV is usually the one that most readers can connect to because it feels as if everything is happening to you, not just the character. You feel what the main character feels.

After reading half of the book, set it aside and write what you think will happen next. Write like you are continuing the story- you can write like the author does but you don’t have to.

This is an activity to test your imagination and how well you know the characters. 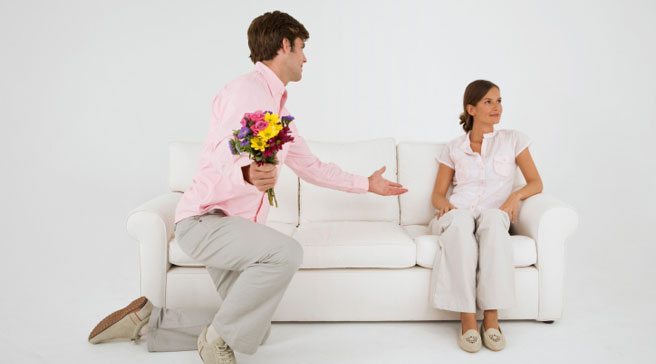 You’re probably thinking this is your classic teen drama. Guy likes girl, but girl doesn’t like him back (me being that girl). But it’s different- by a little bit, but that still counts.

For teenagers out there who know what I’m talking about, is your annoying follower trying every possible way to get your attention? I don’t know what you guys are dealing with, but Max Aer does something like this; he calls my name in the hallways (very embarrassing, I’ve never speed walked so fast in my life), he stands behind me on one side and taps my shoulder on the other side (so annoying, I turn around and he yells “you fell for it! Mwahaha!” Not even kidding), he’s always trying to talk to me in English (get lost already- no, I won’t be your partner for the project!), and he pats me on the head (who does that?).

As you can now see, very unprofessional way to get a girl’s attention. Argh, hope you fellow young ladies out there aren’t going through the same problem, Max Aer is driving me cray-cray, to the point that I don’t even care anymore.

Don’t even care. Nope, not at all, done with it (well, maybe the part where he pats my head, seriously who does that?). Absolutely, positively (maybe negatively) don’t even care anymore.

What: the atmosphere and surroundings your story takes place in

When: throughout your story

Where: changes with specific events that occur

Why: to give the reader a clear image of where your story is taking place

Activity: Take note of your surroundings and notice the details that catch your eye whenever you change to a new setting. Record your observations and imply your data onto your main character. That way, you know which details to mention and which details are irrelevant. 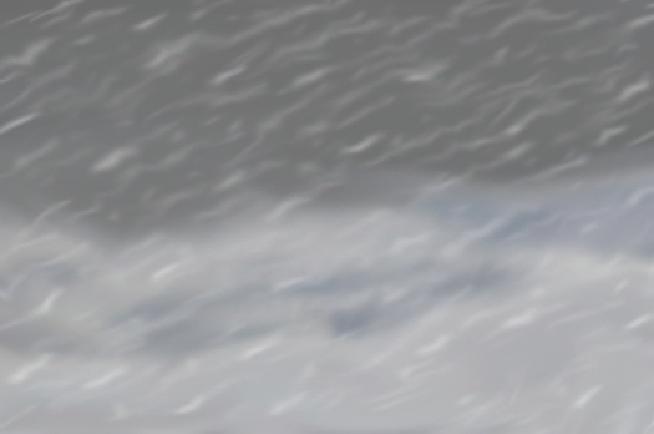 ENAS: Here? Again? There must be something wrong with the system.

ENTER QUATTRO, who jumps in.

QUATTRO (pointing lightsaber at Enas) : Haha! I got you now!

ENAS (raises hands in surrender): Whoa, whoa, who you pointing that at?

QUATTRO: I’ve waited so long for this moment. I sacrificed three lives, three! You have been such a pain in the a- *ahem*- my backside. I got shot, stabbed, sliced. Three times, Enas. And you know who did it? Tell me, who did it?

QUATTRO (thrusts lightsaber closer): Exactly. I realize the only way to solve my problems is to kill you. Oh, and I received word that whoever wins the game gets a million dollars. Whatdya know, guess who’s gonna win.

QUATTRO: Me, that’s who!

ENAS: Finally. “I hope I never see you again”.

ENAS turns to adjust his belt.

WOMAN (gasps): Enas, I have found you!

ENAS screams, spins around, and slices WOMAN’S stomach. WOMAN falls to the ground. ENAS blinks in surprise, stares at WOMAN in confusion, shrugs, and walks away.